Home / Old Try / When one door closes, another one is closed. 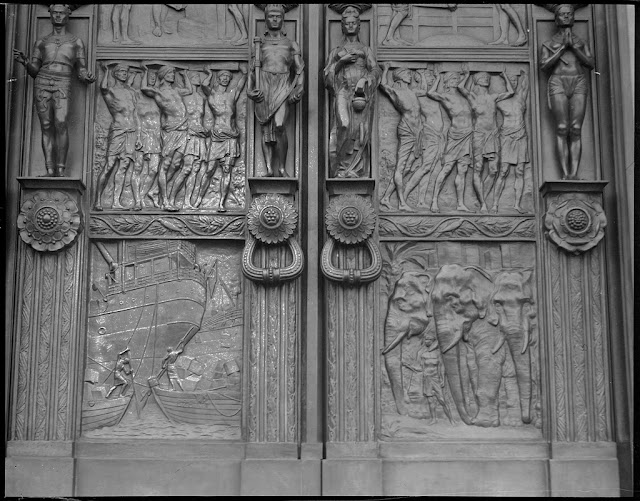 This mornings commute turned mutinous at Downtown Crossing: a 15 minute delay due to a medical emergency. Dozens of 'wicked pissed' Bostonians. Hundreds of school children. Thousands of Europeans coming here to trade their Euro for American goods.

No big deal. I'll walk. From here, to the office, is 15 minutes. And I can pass buy the bronze doors. One of my hidden gems of the city. Off a less than major street. Oft passed by. 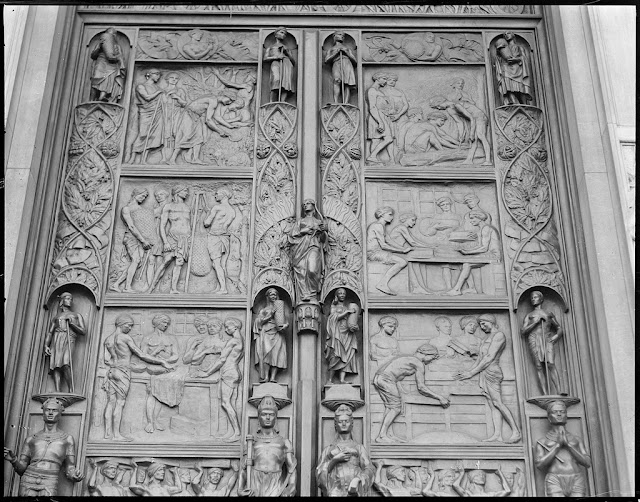 They were the entrance to Salada Tea Company. A hundred years ago they were about the finest thing going.

From Wikipedia:
By 1917, Salada was so popular in the US, that it was able to establish its own headquarters and blending and packaging plant at 330 Stuart Street in Boston, Massachusetts. The architects were Densmore and LeClear. This former headquarters building's large bronze doors by Henry Wilson are inscribed with images of the history of the Ceylon tea trade, as well as Larkin's own contributions to a commitment to quality in the field. Though the building has been sold on several times the doors are still there.

So on days I manage to flee my desk and take a walk around the block, I'll walk to The Doors. I'll just go stare at them. And marvel at their amazing craftsmanship, the story, the fact that a century has hardly worn them down. 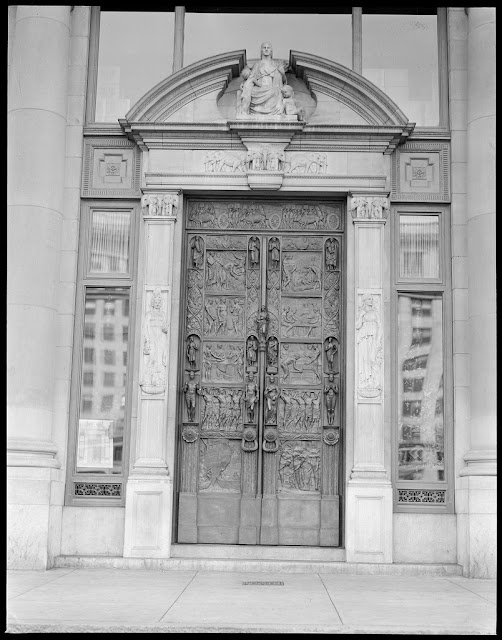 But not this morning my friends: 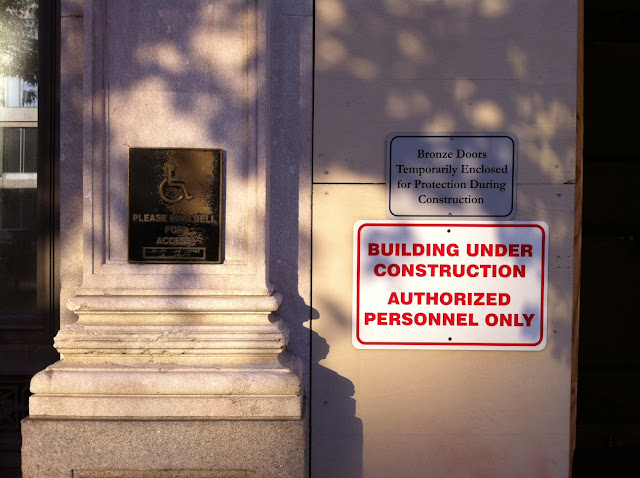