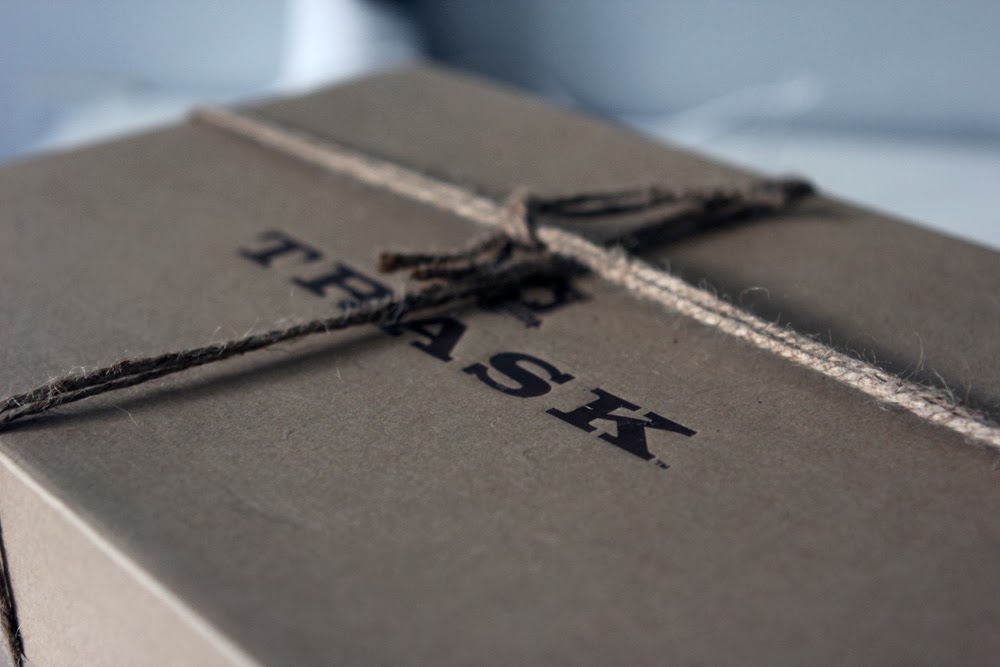 So, the other day I had a rough one. Just things to do with being a new dad in a new city. I get home, and on the porch is a package from Trask. 'Hum,' i think 'I didn't order anything from Trask.' 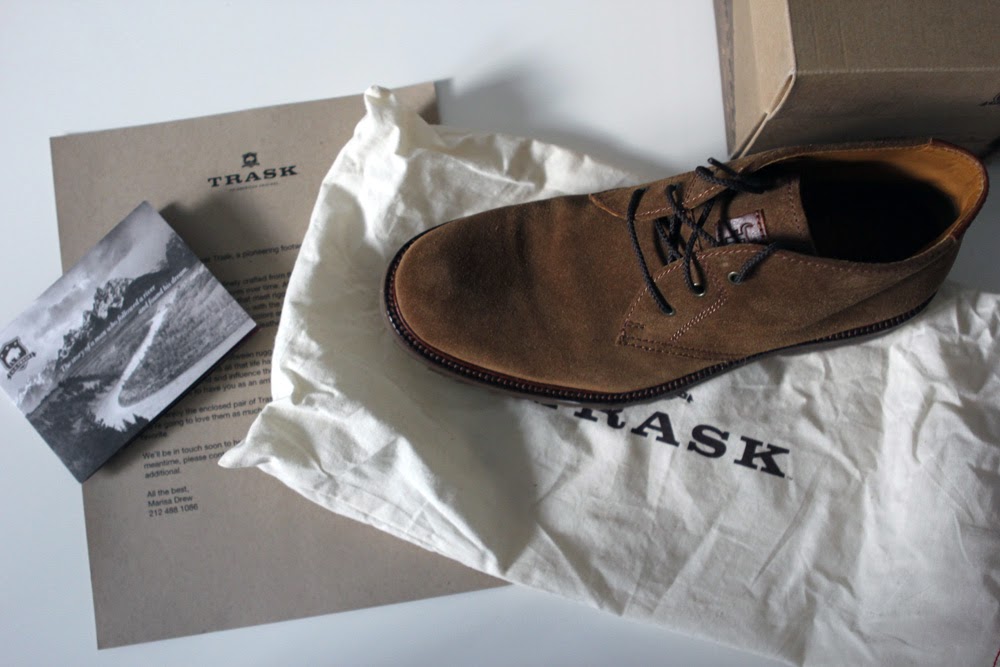 But my name is on the package. And I know of Trask. I remembered a business professor back at Ole Miss talking about the brand. I think he spent like twenty minutes in Montana once, and he wanted to talk about this rugged Western thing and I started daydreaming about basketball or lunch or something so I can't remember how his story ended. But I figure I must do my American duty and open that bad boy up because my name is on the box and I need to make up for not listening to Dr. Whatshisname. 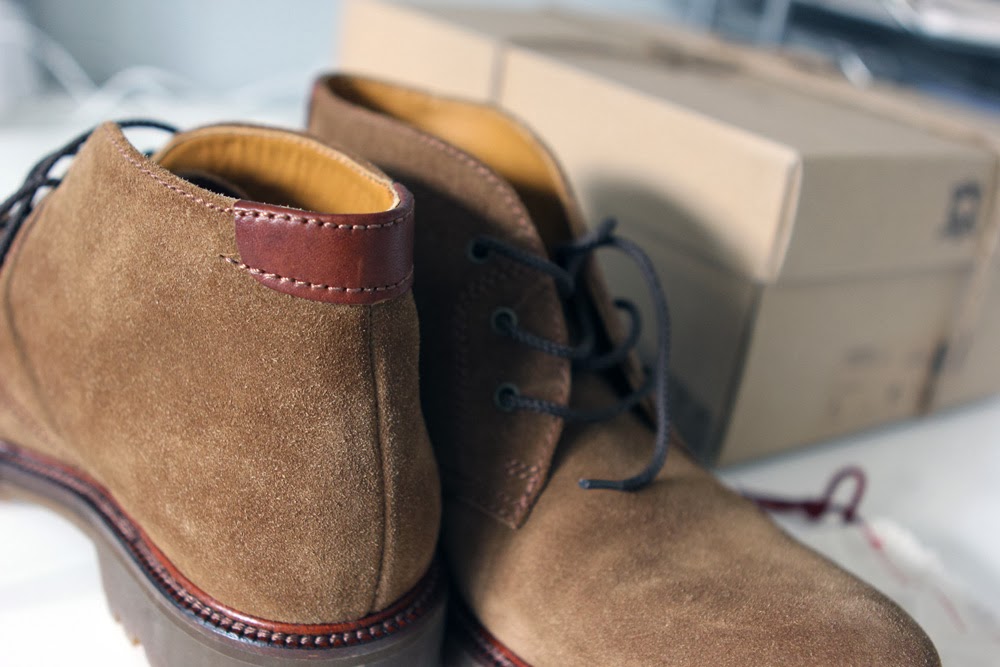 And yup, I was right. I didn't order a pair. But those guys must love Old Try, cause they sent us a pair, gratis. And since they sent mens in my size, well, I got them and my poor wife was left wanting. 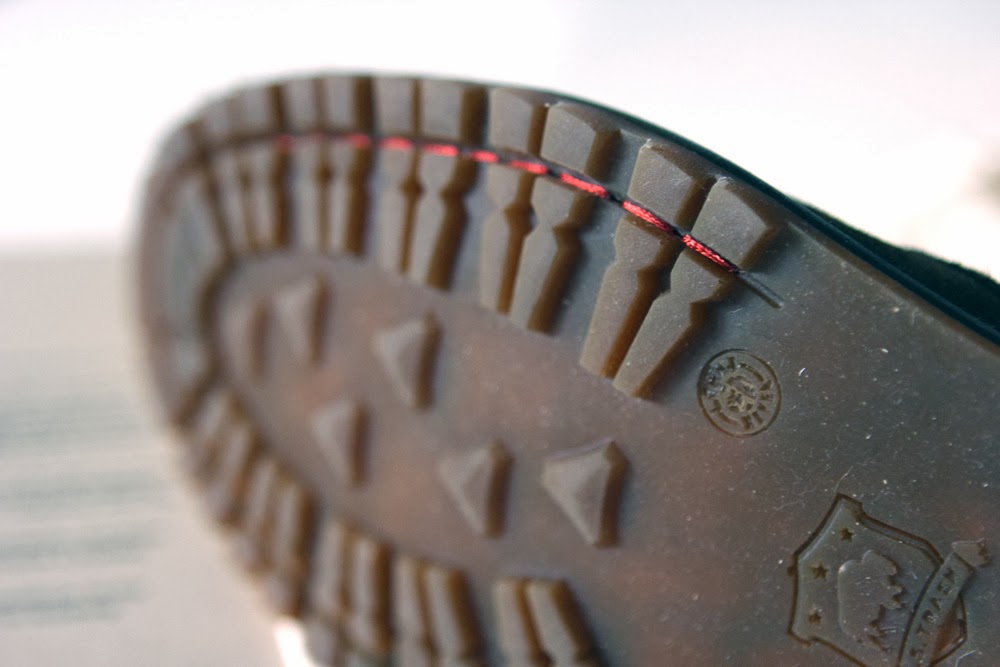 Cause these guys, called the Gulch, are pretty sharp looking. They have some nice details, like the welt stitching on the bottom in that pop of red. And the ankle protector thing. I thought they might look a little dowdy from the top, cause of the thicker sole, but they don't make my feet look like I'm going to build a house. But rather the guy who would have the house built for me. In Montana.

The interior leather is friggin buttery soft. I always get a little bent out of shape when shoes are made in China (though Trask has a line of ones made in the good ole USA) but they must've gone to the fancy part of China, where the leather was tanned by angels.

The whole tonal thing is a bit much for my liking, but I'ma head over the Johnston & Murphy and pick up some neon laces to preach these fellas up, and we'll be good. 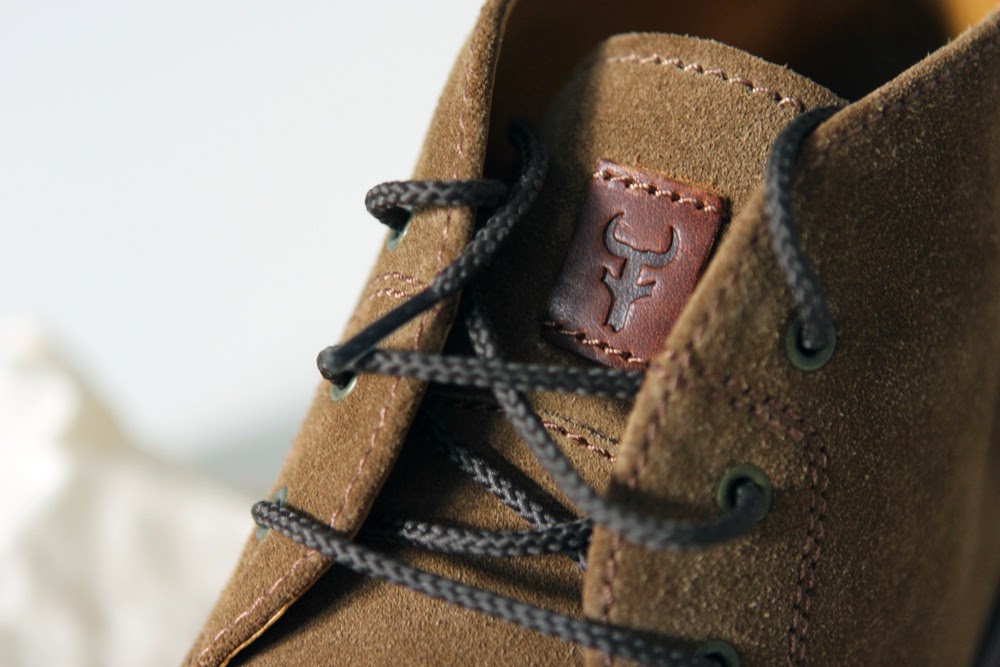 Despite them feeling really good and appearing to be well made (oh and the sole is soft, so I'm not clomping through the house), I have a tough time in my brain justifying the price point if I were to be buying this pair in particular. But if their American Made line is built anything like these, I think they'd be a good investment for just under five bills.
Now if you'll excuse me, I've got some laces for which to shop.