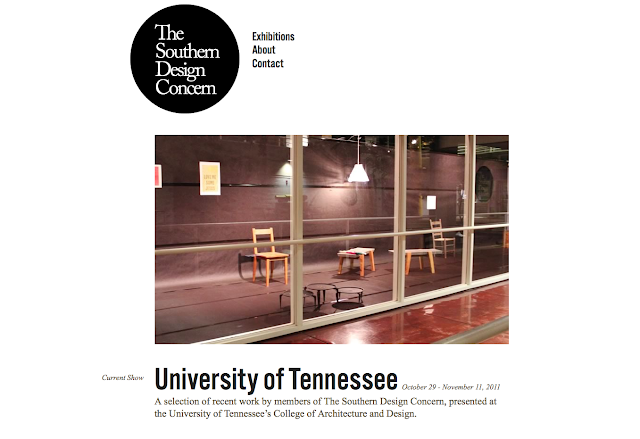 We had dinner a couple of months back with Matt and Melissa of Holler Design. They are furniture makers who have been all over, but now make chairs and tables and the like on their old family farm in Tennessee. They just felt drawn to head back home and to do something from there.

My friend turned me onto them because she thought their about section was  quite touching:

Holler- noun: Appalachian dialect of the word ‘hollow’ meaning a small, quiet valley between mountains, and verb: to shout or proclaim loudly.

HollerDesign is a collaboration of husband and wife team Matt and Melissa Alexander, two southerners who have left home and returned with an imperative of what it means to be southern, and a desire to share that view with others.

Our office and workshop are located on Matt’s family farm in rural Tennessee. Here we focus on creating objects and spaces that are regionally influenced and culturally significant. Our work embodies a core of southern values, including resourcefulness, self-reliance, and just plain old ingenuity. We are inspired by the late demographer Calvin Beale’s view of the south: not “barefooted hillbillies given to moon shining and quite disinclined to work for a living,” but that we southerners are “inclined to self-sufficiency and simple living, [with a] widespread interest in environmentalism, conservation, alternative fuel sources, rural aesthetic values, home food production, and local self-government.”

The work of HollerDesign is inspired by rural forms and textures, yet is augmented by a lens of contemporary manufacturing. Our work is not simply a romanticized view of southern objects, but a reinterpretation and recreation based on both our unique design sensibilities, and the economies of contemporary manufacturing. Our objects exhibit a “love of making,” retain a subsequent intrinsic value, and utilize a production process that is inherently sustainable, but which is grounded more in the tradition of craft than in the ‘green-washing’ of current systems of manufacturing.

At any rate, they are not only making their stuff, but also trying to support others who are making things. They are the founding members of the (awesome name alert) Southern Design Concern: "a loose collective of designers who are from or currently working in the American South. Our mission is to bring attention to the work of Southern designers."

A few weeks back we shipped down some of our prints and they hung them at their show at the University of Tennessee. And if you look at the left of that picture up top, you'll see a Love Me Some Jesus and just a bit of our Rocky Top. I think the show is now passed and over, but as Faulkner says it 'The past is never dead. It isn't even past.'

We hope to team up with them more in the future, and are so lucky to be connected to folks who are of like mind. 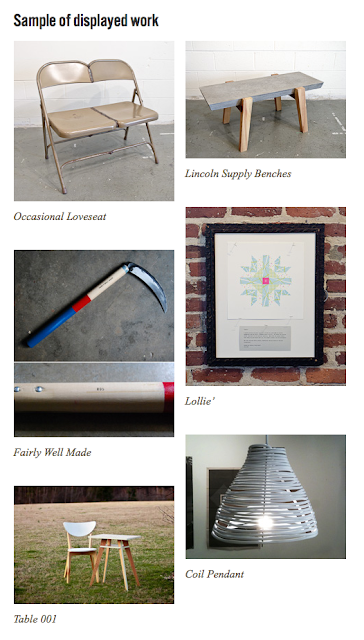 Go give the Concern a look. And if you are in the neighborhood, stop by and see Matt. I'm sure he'd love the company.