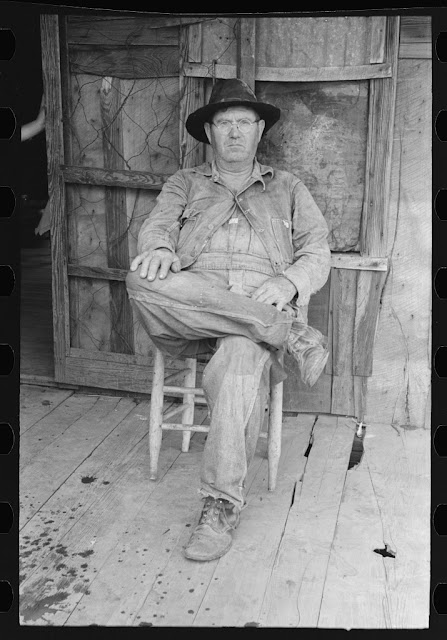 The October air was warm and musky, blowing
Over brown fields, heavy with the fragrance
Of freshly combined beans, the breath of harvest.

He was pulling a truckload onto the scales
At the elevator near the rail siding north of town
When a big Cadillac drove up. A man stepped out,
Wearing a three-piece suit and a gold pinky ring.
The man said he had just invested a hundred grand
In soybeans and wanted to see what they looked like.

The farmer stared at the man and was quiet, reaching
For the tobacco in the rear pocket of his jeans,
Where he wore his only ring, a threadbare circle rubbed
By working cans of dip and long hours on the backside
Of a hundred acre run. He scooped up a handful
Of small white beans, the pearls of the prairie, saying:

Soybeans look like a foot of water on the field in April
When you're ready to plant and can't get in;
Like three kids at the kitchen table
Eating macaroni and cheese five nights in a row,
Or like a broken part on the combine when
Your credit with the implement dealer is nearly tapped.

Soybeans look like prayers bouncing off the ceiling
When prices on the Chicago grain market start to drop;
Or like your old man's tears when you tell him
How much the land might bring for subdivisions.
Soybeans look like the first good night of sleep in weeks
When you unload at the elevator and the kids get Christmas.

He spat a little juice on the tire of the Cadillac,
Laughing despite himself and saying to the man:
Now maybe you can tell me what a hundred grand looks like.