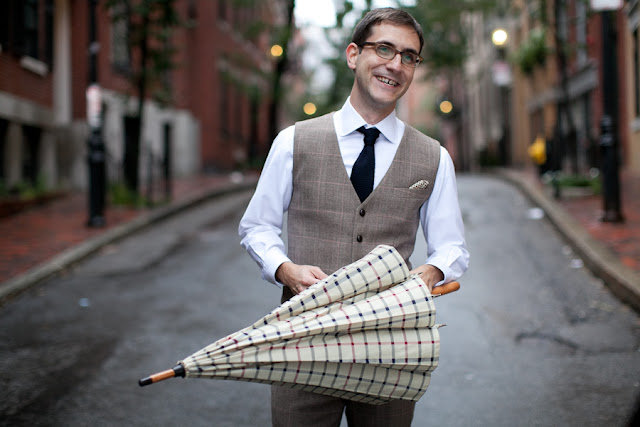 I wear suits on Fridays. Or, if not suits, at least a tie. I do it for several reasons:

1) I'm a grown ass man
2)  who wants to be taken as a grownup
3) who also reads GQ, and sometimes want to dress like it.

I started three years ago, and haven't missed it save days I've been on the road (See: Texas, shooting in). Even earlier this year when it was 103°. Still rocked the bow. I even have some proof from my Facebook profile pics.

Well, I go to a place called 9Tailors here to get custom shirts and suits made. I've been a  couple of times, for a shirt and for a suit. And I've also got a blazer and another shirt from them. Good folks. Local. Though they do have the initial tailoring of their fabrics (British-made, some of em) done in the CEO's home of Hong Kong.

And they asked if I'd be in the shoot for their new look book. And I thought, yes, howabout a seersucker and they said it's a fall shoot and then I said three piece tweed, please, and then that happened. And they put me on their blog. 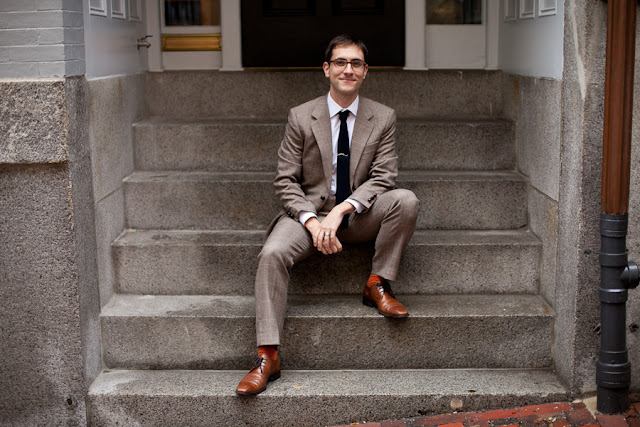 Today at the office there is a Hawaiian shirt day. If you wear a shirt with flowers, you get a free Mai Tai. Well, I'm fighting it, tooth and nail. I told anyone who wears a suit I'd give a shot of whiskey. And it looks like at least five gentlemen are going to take me up this evening.