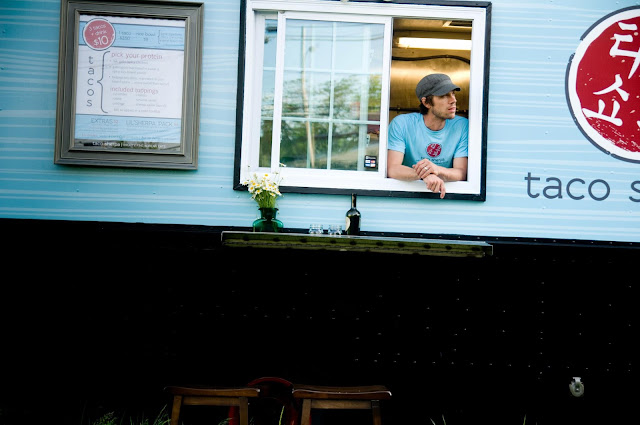 Been meaning to write about our friends down in Chattanooga for a bit now. They have a food truck business. It's called Taco Sherpa. They make Korean Tacos in Tennessee. What? Something strange about that? Nope, not if you are Whit and Lindsay. International badasses. Family of mystery. Foodies and all around great people.

I'd helped a little bit on this when they were still in Korea, when it was but a food bike. It then got bigger and better and is what it is now. What (and who) it is now, in their own words:

Whit Altizer is a native of Martinsville, Virginia, but has spent the last five years living in South Korea and traveling around Asia.


With his wife, Lindsay, he taught English in Gwangju, South Korea, where he fell in love with Korean cuisine and the unique street food culture in Asia. Spicy kimchi, meat so succulent and tender it dropped off the bone (but then you always wanted to lick the bones), side dishes of every color, variety, and flavor. Yes, it was definitely hard to leave Korea, also the place where their son was born.


But there is no better place to introduce this food culture than the vibrant city of Chattanooga, and no better venue than out of a truck—a very common trend on the streets of Korea.


Whit has spent much of his working life in the food service industry, working as a coffee barista, waiter and food preparer at several different restaurants. While in Korea, Whit took cooking classes in Seoul at O’ngo Food Communications and has learned as much about Korean food as possible.  He has also taken cooking classes in Thailand.


He is an avid foodie who, along with his wife and son, has traveled across Asia, trying local delicacies in China, Cambodia, Vietnam, India and the Philippines.

Now, I've not been fortunate enough to get down to Chattanooga yet to try any of their goodness (maybe Christmas?), but as a former roommate and coworker with both Whit and Lindsay, I can say they are busting their butts to bring Tennessee the finest in Korean eats every dang day.

And how can you not like seeing a Rocky Top that made it home along with Whit rocking Gangham Style for Halloween? 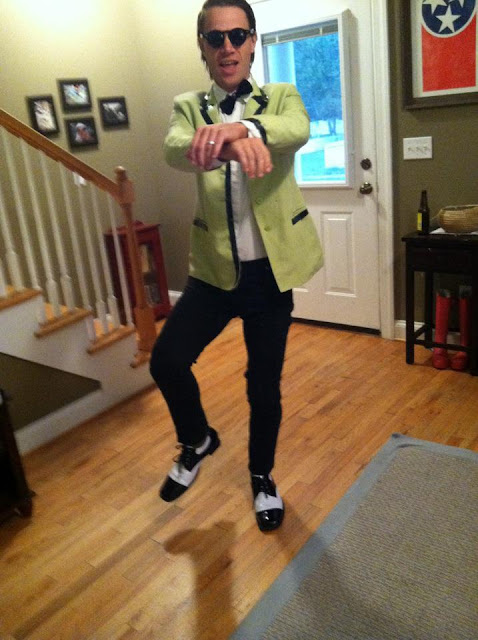