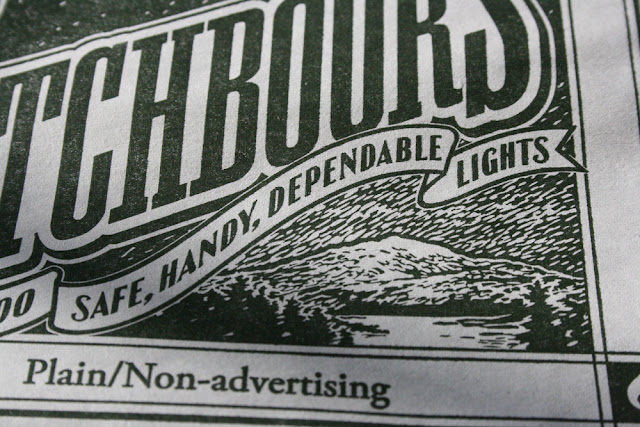 Found ourselves matchless for our holiday candles this weekend. Went to the store to pick up some.

Found just about the most beautiful package on the bottom shelf. Ignored, pushed aside – while someone was looking for the more fancy-pants matches. It said DD Bean & Sons. Made in America. Heck, made just up the road in New Hampshire. $1.59 for 1,000 strikes.

So I did some digging and some photographing and I got the story right here. Found on the internet with no author's name but one heck of an interesting story (the match collapse of the 1980s?) for something as simple as a match that costs .001 cent.

D.D. Bean is one of the biggest match manufacturers in the world, and has been for some time; its covers are in all of our collections, but how much do you know about it? If you’re anything like me, it’s always the history behind the subject that makes it fascinating. 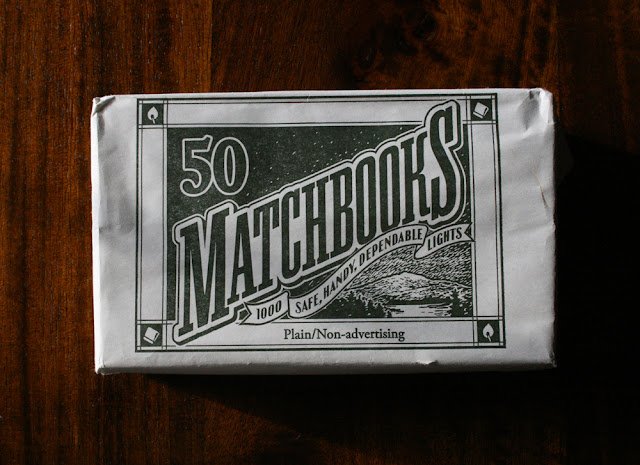 D.D. Bean & Sons Co. was founded in 1938 by Delcie Bean and his sons, but the real story goes all the way back to the 1912 Bean & Symonds Co. of Jaffrey, NH. This is where Delcie Bean started out in matches, although he and Symonds already had a manufacturing business going. The two entrepreneurs took over the old Diamond Match Co. plant in West Ridge, NH, and by 1912, were fully into the match manufacturing business.

In 1928, Bean & Symonds was absorbed into the Federal Match Co., which was part of Ivar Kreuger’s growing International Match Co. empire. Meanwhile, employees of Bean & Symonds had left and started the New Hampshire Match Co. in 1923, located in East Jaffrey. Five years later, this company was also lost in the intricate wheeling and dealing of Kreuger’s would-be match monopoly.

Kreuger committed suicide in 1932, and his empire quickly crumbled. It was not long afterwards that Delcie Bean and his sons started picking up the pieces in New Hampshire, and by 1938 the D.D. Bean & Sons Co. was in production. By 1952, it was producing 1/8 of all the matches made in America, and that was phenomenal...considering that in the 1950s all the great American manufacturers were in full swing (Lion, Diamond, Universal, Monarch, Superior, etc.). By 1983, it was the largest manufacturer in the U.S. At its peak, it produced over 50 billion matches annually, with production centers in
Jaffrey, NH; Winston-Salem, NC; and St. Cesaire, Canada. It also exported to South America, Africa, and Europe. 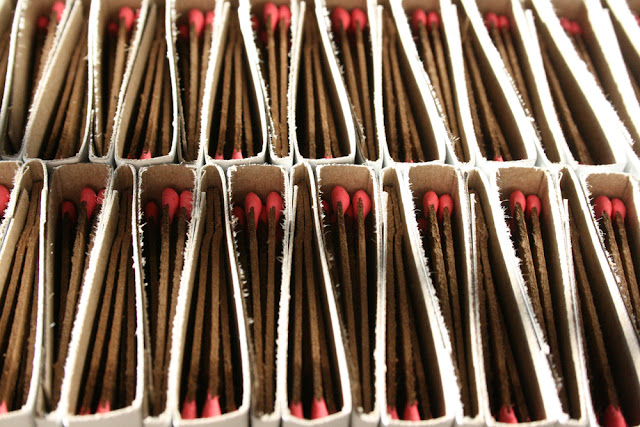 There was a major difference between D.D. Bean & Sons and the other giants, such as Universal, that it was competing against. D.D. Bean emphasized the “resale” market, which means that most of the matches it produced end up in stores and vending machines, rather than personal advertising for individual businesses. That has had a number of ramifications for us, the collectors.

For one thing, it explains why covers from this company are not of the “fancy” variety. Indeed, with all due respect to D.D. Bean & Sons, most collectors, I’m sure, would identify their covers as the “cheapies” of the matchcover world...until the recent advent of their Joe Camel covers. Although, it must be recognized that supply and demand dictates what the company produces. Also, this explains why there are no D.D. Bean “trademarks” to be seen on their covers...no really distinctive types, such as Cameo, Jewel, Feature, etc. They go for the “bulk” market. 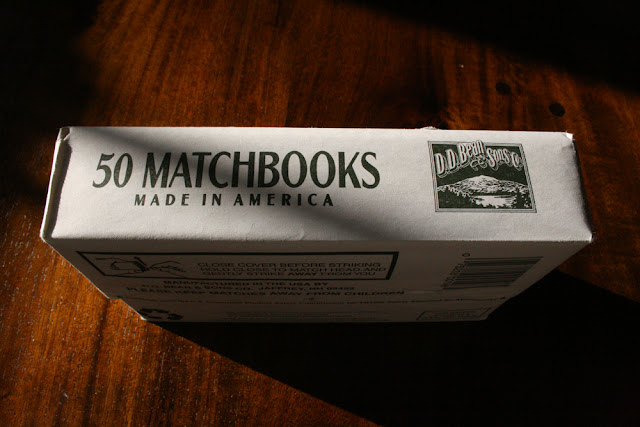 With the appearance of the first Joe Camel set in 1991, D.D. Bean & Sons covers took on a distinctly new look. The company had recently acquired new machinery enabling it to produce 4-color covers, and, looking at the Joe Camel covers, the difference in quality between these later covers and its earlier covers is astounding. These cigarette covers are slick, glossy, good covers. True, they’re Nationals (because they’re designed for the resale market), but they’re no longer cheap, and any Cigarette cover collector eagerly seeks them out.

Perhaps as a final tribute to D.D. Bean & Sons Co. we can simply say that it survived the 1980s collapse of the American match industry [see “The State of the Industry,” RMS Bulletin, September/October 1995]. Today, it remains as one of only three U.S. manufacturers remaining. In 1988, it celebrated its 50th anniversary and seems to be currently strong.