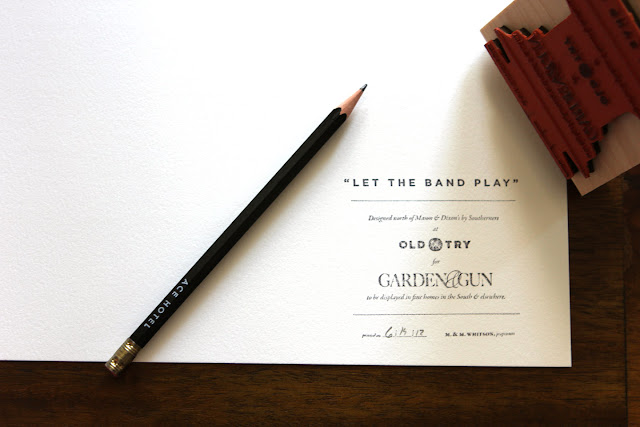 “It was April 14, 1865. I did not hear all of his address, as the crowd was noisy, but the sentence with which he closed, it will live in my memory forever.

Lincoln leaned far out of the window as he said:

‘Now let the band play Dixie. It belongs neither to the South, nor to the North, but to us all.’

The band played Dixie. For the first time in four years that air was heard in the Nation's capital.”


Twelve notes. That's all you need to hear. Heck, I bet most of us from the US can recognize where it is going after just five. We've heard it at the end of Alabama's Song of the South when it is played live. I've heard it in the Grove and on the streets of Memphis more times than I can count. I even think I was at the Ole Miss game when the band played it for the last time on the field. And I bet every one of you know a friend (redneck or not) that got his car horn tuned to play it.

We were more than humbled when Garden & Gun reached out about doing an exclusive collaborative print. There was talk going back and forth about what print would transcend states and regions of the South yet still retain that feeling of something that we all know. After not too much discussion, we realized that the first notes of Dixie do that perfectly.

We dug through old sheet music and found the first bit of it. And had just about our most ambitious cut made to date. I didn't carve it, but I think Eli was glad to be done trying to pull solid lines out of the linoleum. 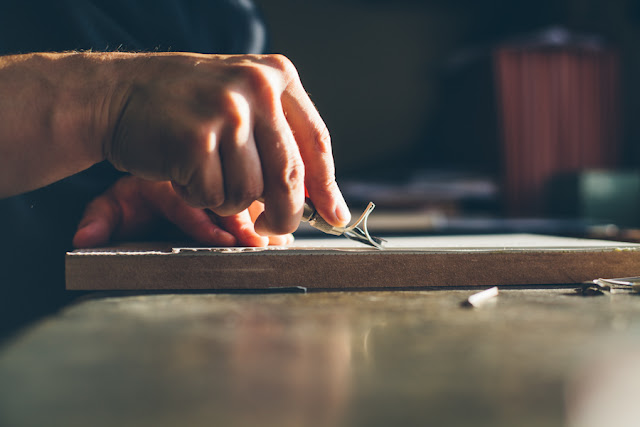 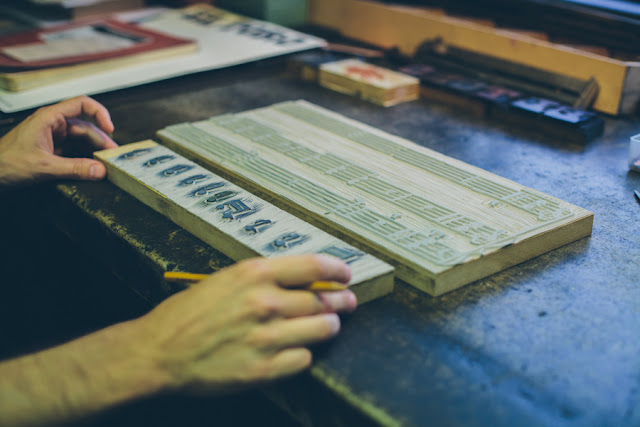 And we printed up a run and shipped them down to G&G in Charleston. Should you like one, head over there. They'd be glad to sell you one and send it on home. 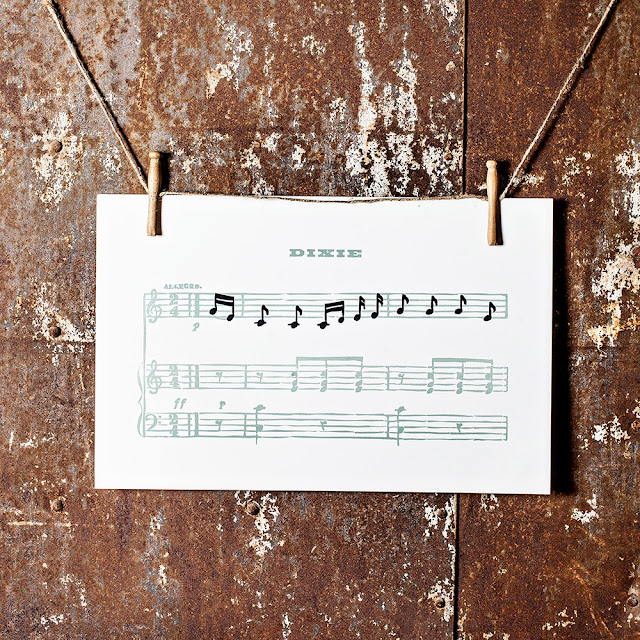