A few weeks back, when we were in Oxford killing time on the Square and soaking up that Indian Summer, we snuck into Hinton & Hinton. Although there wasn't much sneaking. That place is packed every single game day weekend and there isn't hardly any room to walk around and you're kind of running lead block for your lady and trying to get around the guys that are the size of linebackers and might actually have played for a Southwestern Conference school back in the day.

At any rate, we cut left. And there, on a tree, were some of the handsomest bowties I've ever seen.

Now, get me straight. I'm a tie guy. I'm not from gentry, I'm not from Carolina. I didn't grow up in a family where anyone, ever, wore a bowtie. Not ever. Maybe a bolo tie (Oklahoma!), but my people aren't from a bowtie wearing stock. So they are a new thing for me. Heck, so are regular ties.

But dang, if these ties there weren't in a thousand prints and madras and dots and chambray and I was somewhat awestruck and stuck. No room to move around in that dang store. And then, from behind the rack, appears a man. A man in a bowtie. A man with a smile.

Hi, I'm James. I'm a co-owner of High Cotton Ties. Our ties are all made in Carolina. They are all cotton. You can machine wash them. It's a beautiful day out there, isn't it? I'm stuck in here. Well, not stuck. But I'm not getting out. 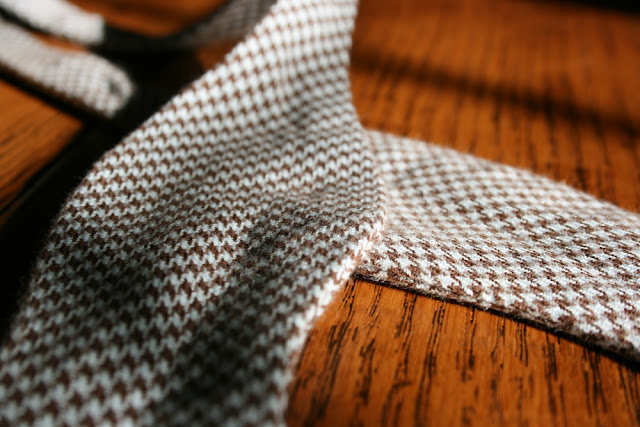 We got to talking. Me distracted by the Ole Miss tartan to my left. Imagining it around my collar. Ohhhhhh. I told him we were making some things, like he was making some things. He told me about their shirts that are all grown and sewn of Carolina Cotton and printed right there and American made, southern made, and how they love doing what they're doing.

I gave him my card. Told him to get in touch. Told him I was getting claustrophobic. And which point I went deeper into the depths of Hinton to fetch my wife and to get out of there.

And all that afternoon, I thought, I should'a bought a tie from that fellow. Should have supported a Southern guy (a Tar Heel, at that). Should have added one more bow to my collection of three. 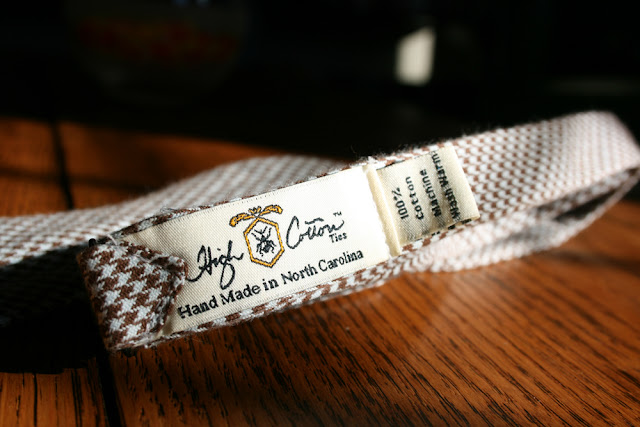 Well, he got in touch. We've have several chats. We might work together in the future. Which would make us just pleased as punch. We are big fans. We're excited to see, as my father-in-law says, How things are going to get along.

And I got home yesterday and in the mail there was a package. And in that package was a bow tie. Brown and blue and houndstooth, made in Carolina, by hands of Carolinians, in an old textile factory, just like they would have been a hundred of years ago when that industry took off.

I respect the hell out of High Cotton. For trying to wrangle and wrestle something back. Something that was the heart of a great state. Something that had been sent overseas. For grabbing it and bringing it home. And for sending a little bit of home up here. 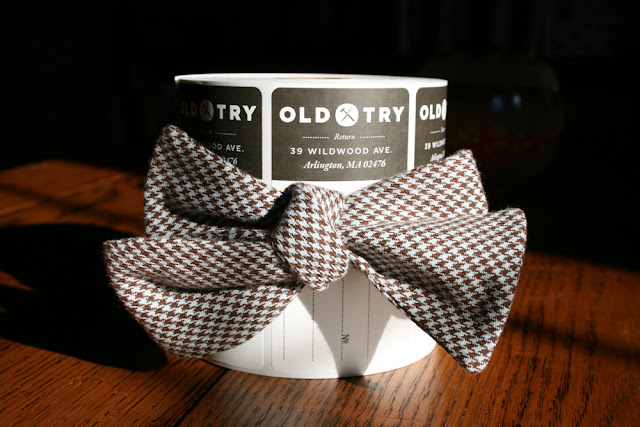