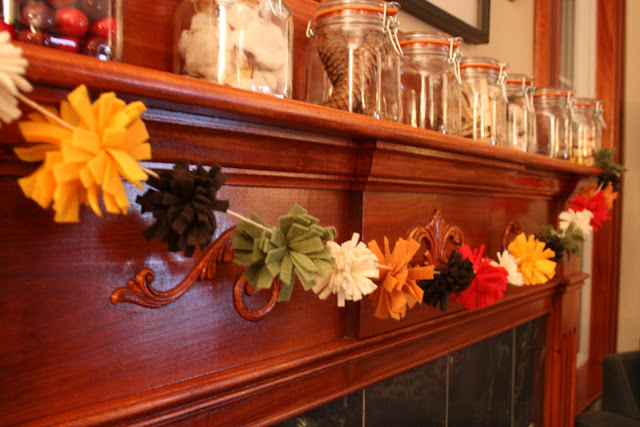 For each new morning with its light,
For rest and shelter of the night,
For health and food,
For love and friends,
For everything Thy goodness sends.
--Ralph Waldo Emerson

I cannot believe that it’s the day after Thanksgiving. Where did the year go? We were planning to have family up from the South to celebrate the day, but, as things sometimes go, those plans fell through. So instead, we gave thanks with some friends from our church community.
Boston is such a mix of people from all over the country and from even farther away; a mix of people who have always lived here, who plan to stay for a while, and who are just here for a year or two. It is inevitable that there will be many without family around them this week. So, share a post-Thanksgiving turkey sandwich this weekend or make some December get-together plans or just be especially thankful that you are able to be with your family. Because family isn’t just who you are related to by blood, but who you spend your days with, who you relate to and who you connect with.

To make things a little more festive for our gathering, I decided to make a Thanksgiving-esque garland. I first saw this idea on Design*Sponge, but altered it for Turkey Day. Now, seeing as that's over, you can alter it for Christmas (or Easter of the 4th of July if you wish!).  It took me about an hour to do 18 pom-poms. You can totally adjust the number and the spacing based on where you’re going to hang the garland and what floats your boat.

I chose six fall colors of felt – it was on sale in pre-cut rectangles, four for $1. I already had the kitchen twine (a nice natural color), embroidery thread, scissors and a needle. So, yes, this was done for under $2. So cheap! 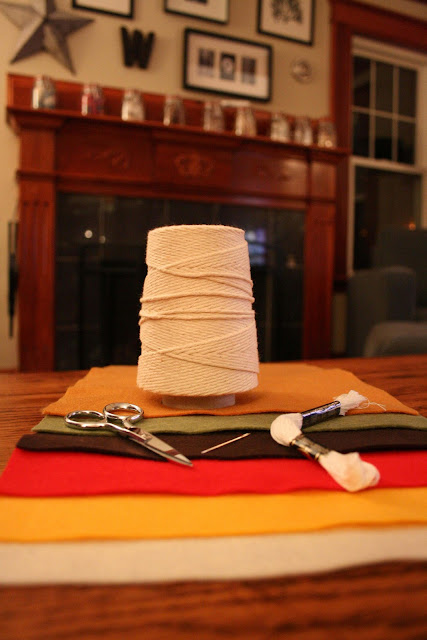 I started by cutting my felt length-wise, some with three strips to a sheet, others with four to a sheet. I then folded the strips in half and cut fringe down each side, leaving about a quarter-inch in the center. I folded them in half because it made this part go much faster! I tried two different fringe widths, and ended up liking the thinner fringe better. But play around with it! There’s no right or wrong way to go, and nothing has to be exact. 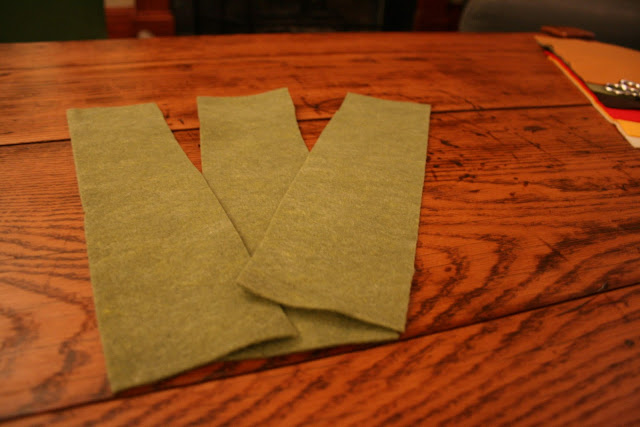 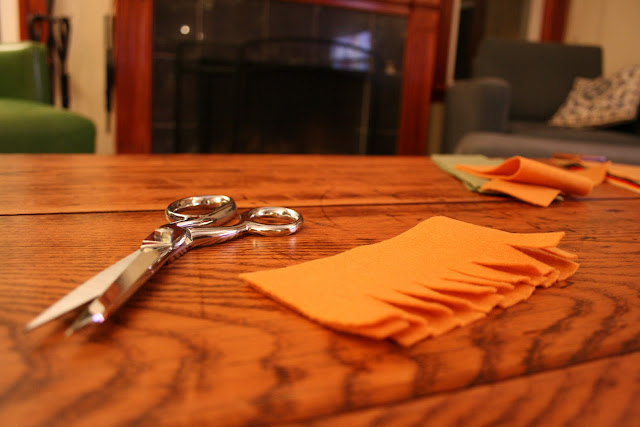 Once the fringe is cut, roll the strips up. Once the strip is fully rolled, thread the needle and stick it through the center of the pom-pom, leaving a good length of thread behind. I then stuck the needle back into the same hole it originally went in through, wrapping the string around half way as I did that. Once the needle was through a second time, I used the string lengths from both ends to wrap around the pom-pom several times. I then tied the two ends together securely. Do not fluff the pom-poms yet! *Although the original post says to tie a knot in one end of the string and tie it onto the garland, I found that it was easier for me to do it this way. 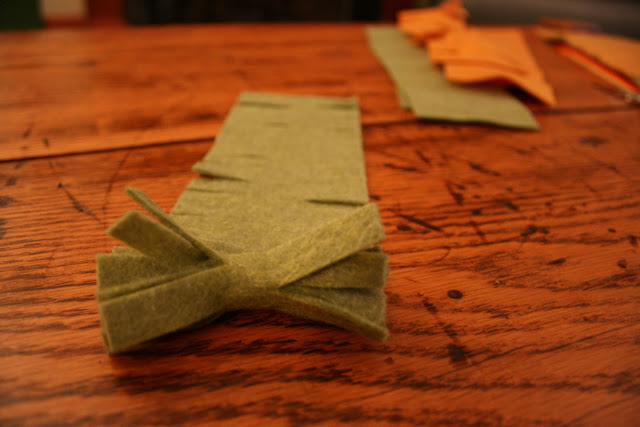 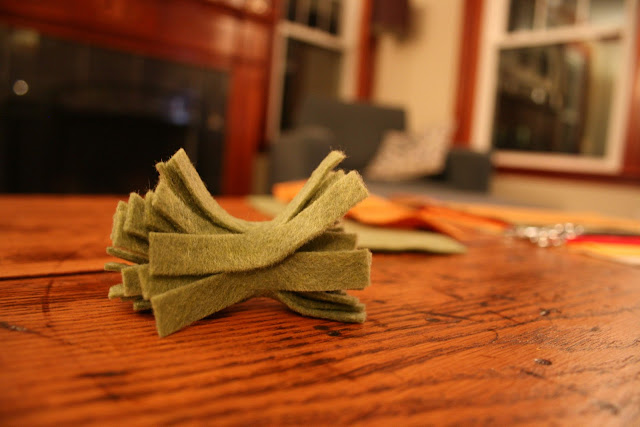 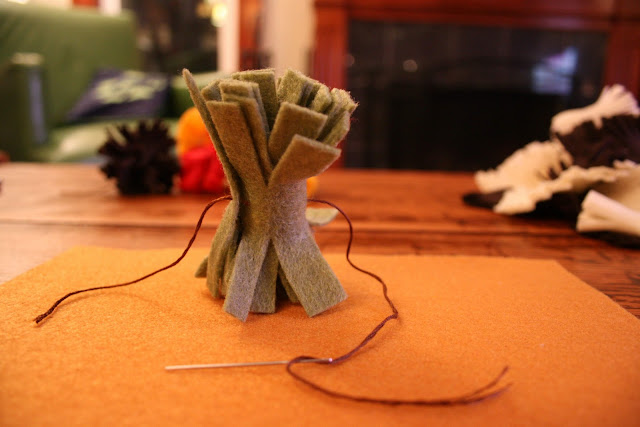 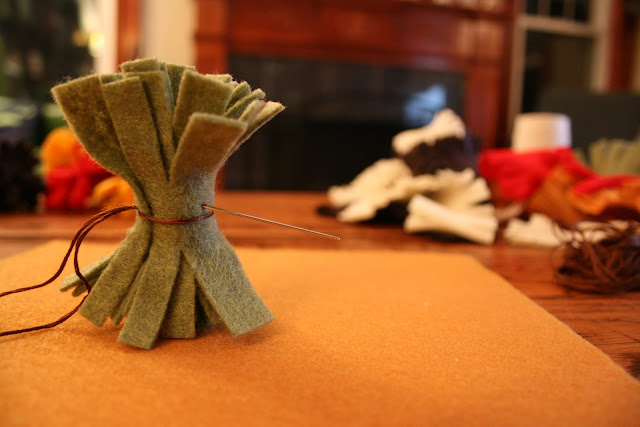 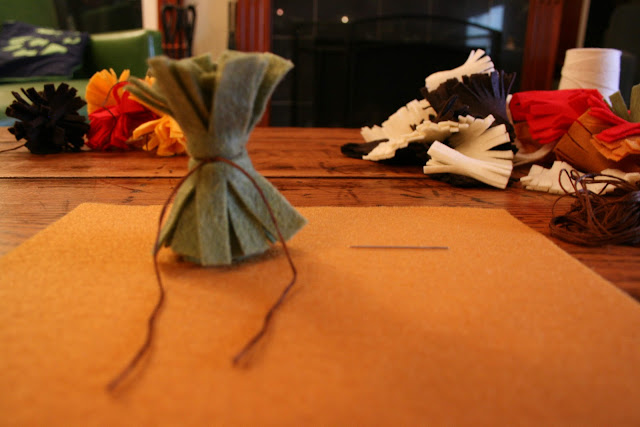 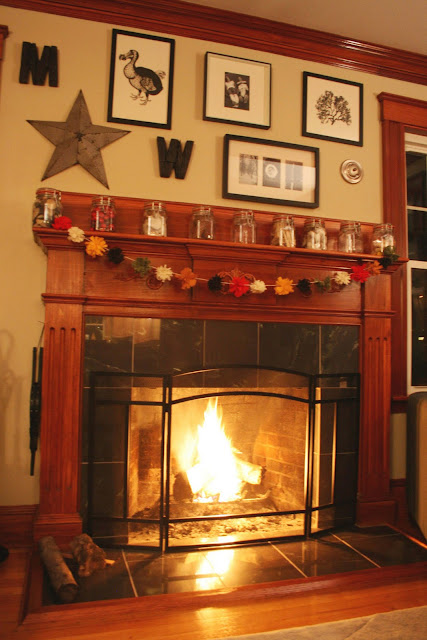