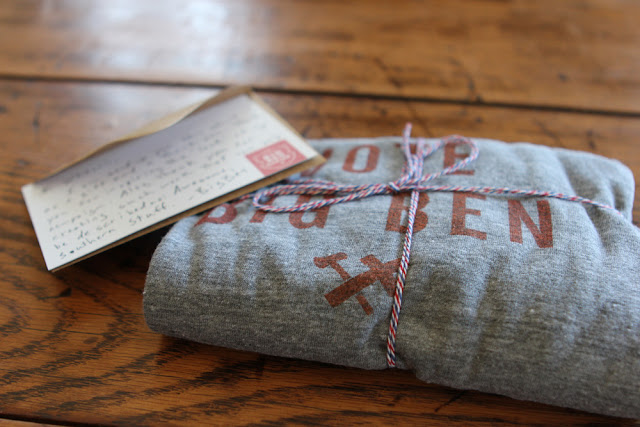 This is where it starts. You get a shirt for someone running for office. You kick back some love. They get elected. They get a building named after them, you get a bench in the lobby named after you. And the world remembers you both always.

Now, I'm not sure if that actually has ever happened, but I could see it being a movie. One in which the lead character is played by Big Ben. I've not met Mr. Big, but from the picture I've seen, he's a tall jug of water. I bet he's 6'4", and would play great on screen. Got a badass truck. Heart of a teacher. Tact of a pastor. Beard of a viking.

At any rate, I don't know what I'm talking about. But we've got a fan down in Laurel, Mississippi who was inspired by our simplicity and make his campaign stuff look great and had his wife print up some cards (cause she does it beautifully right here) and he made some shirts and I will be rocking mine until well past the Ward 5 election day.

Go here and read all about him and the platform and get you a shirt and support your local big. 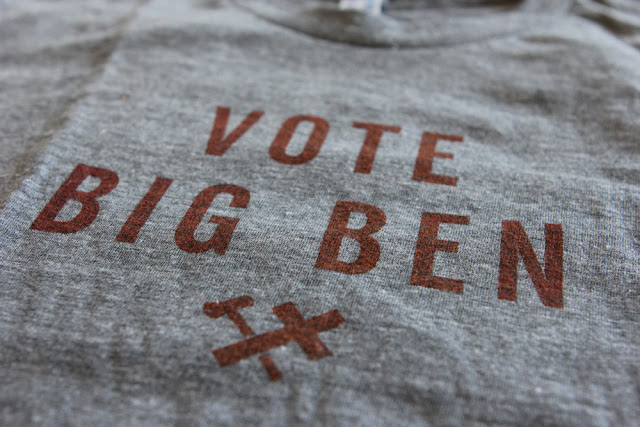 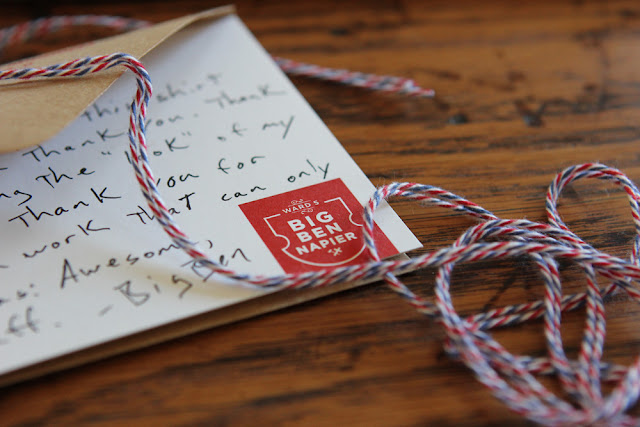 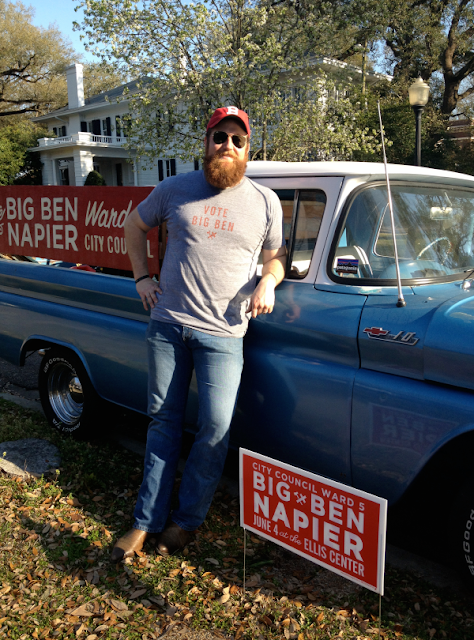