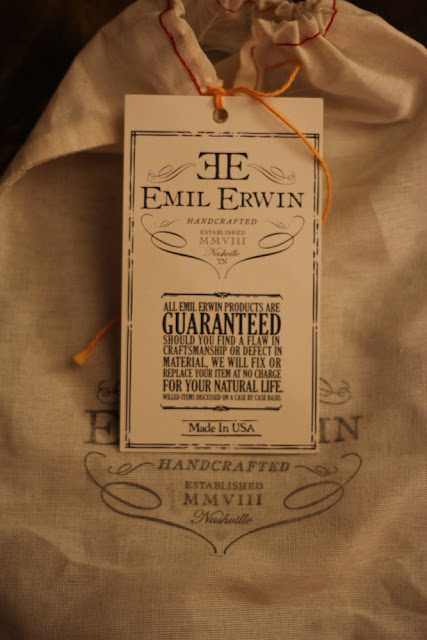 If there is anything tougher than shopping for a good belt, I don't know what it is. Which might be why I have 20 belts but only wear two of them. One is a simple, handsome leather piece I got at Sid Mashburn. The other is a thick old thing I got 15 or 16 years ago when I was in high school. It was from the Gap. It was made in China. It was tougher than nails. But it has been falling on hard times as of late in the stitching department.

So, I thought it was time to give go to finding a new one. 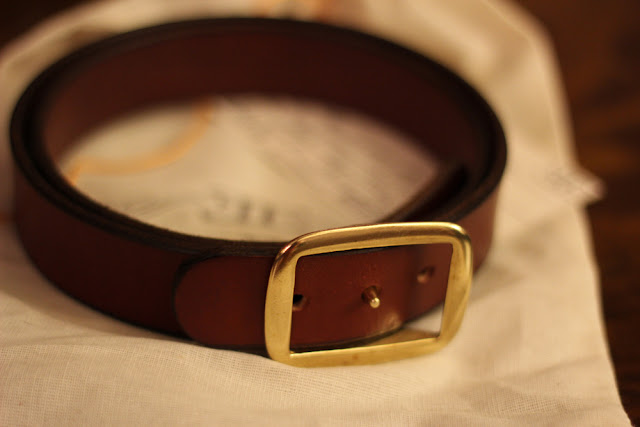 Now, I think of myself a practical guy.
I know that I get a little fancy at times, and that I might be the laughing stock of my Pops is he knew what I spent on some of the more quality pieces I own, but that's just cause he's a practical man. Were he to sit down and look at the investment versus the payoff, he'd approve. And I know he'd approve of an American-Made product. And if I told him that it was made just up the road in Nashville, and that the fellow who made it wrote me a nice note and that it came with two buckles and that I could go gold or silver and that I really did like it he would tell me 'All right son.'
I wouldn't need to tell him that it came from a guy who'd won Garden & Gun's Best in the South Awards. I wouldn't need to tell him the guy is making things in his back shed and working to put food on the table for his two young kids or his supportive wife. I wouldn't have to mention the $1400 bag that is covet-worthy. Cause that would just throw him off.
And that's all I need, really. A simple way to hold up my trousers, a sign off from a practical man, and a leather belt from Emil Erwin in Nashville. 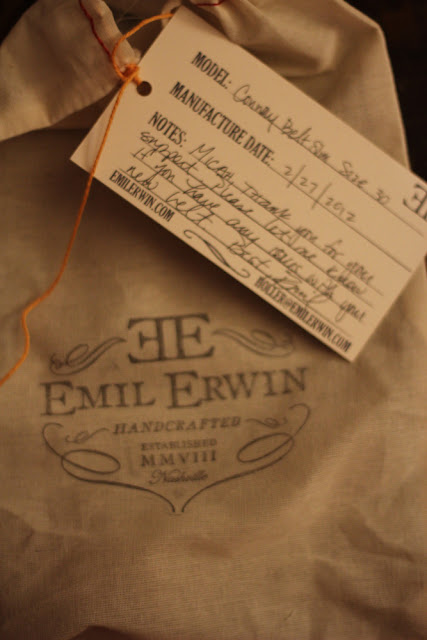 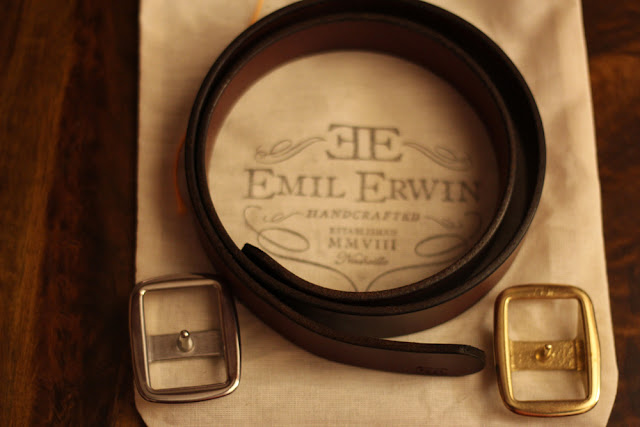