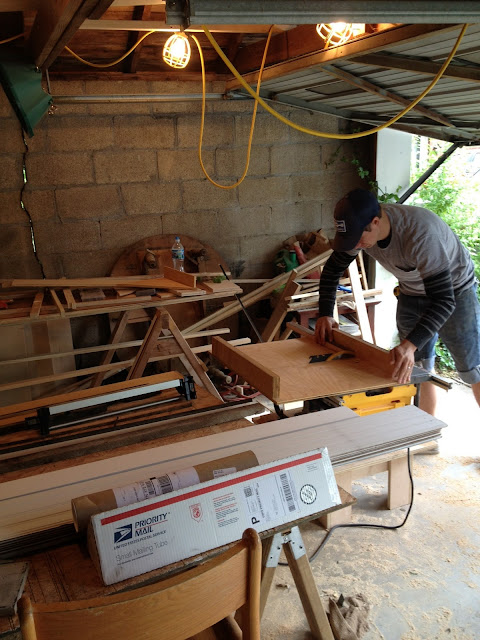 Back in January, I met up with some Nashville fellas for a beer while we were in town. Marianna was wiped from our epic Southern Roadtrip (in which we averaged 250 miles a day over ten days, even though we only drove every second day, thus 500 a leg) so I had to go it alone. But that's one of the things I like doing: meeting up with folks who find our stuff and appreciate it.

Mr. Hartline is one of those guys. He wrote a post about it over here. A post that makes me beam inside cause we're both in the same boat. Trying to navigate this life as sons of the South, and trying to make sense of what all that means. Where to feel shame. Where to feel pride. If we can do both at once of if they are at odds. Meaty stuff. But stuff that we were able to verbalize as we drained a couple of pints.

Well, Wes sent over some pictures of the process of framing up some of our prints not long ago. Frames built from scratch. Soaked and dried in history and weather. Like us: tested by time and trials, hopefully being built into something that will stand true for years to come.

The process for these was pretty simple.

The Old Try prints are great storytelling pieces, so the concept of barnwood frames was a no-brainer. It helps to have good friends with old family farms where they don't throw anything away. The boards we have are a mix of Oak and Hickory (anywhere from 1" thick to 2" thick) , so the wood is strong and had little damage from the years of hanging somewhere in Middle Tennessee. We were lucky to end up with boards about 3.5" wide, 38" tall, about 1.5" thick. These were perfect for sawing in half, then cutting into four pieces that made up the frame.

We decided to avoid mitre-cuts after we made a miscalculation and probably ruined one board. Instead, we went with a mortise-and-tenon frame, using carpenters glue where we needed some extra help due to mildly warped boards. The pocket screws on the back make for a stronger fit, while allowing the owner to replace the prints if they want.

We took 1/4 plywood and inserted it behind each print to give some structure and then we inserted small scrap wood "keys"  into the corners behind the 1/4 so that it held the print tightly against the inside-front of the frame and the 1/4". A few d-rings and some 40-pound wire later, they're ready to go up.

The craftsman here is Ben Wood, a Nashville-based artist and teacher. He's a miracle worker. 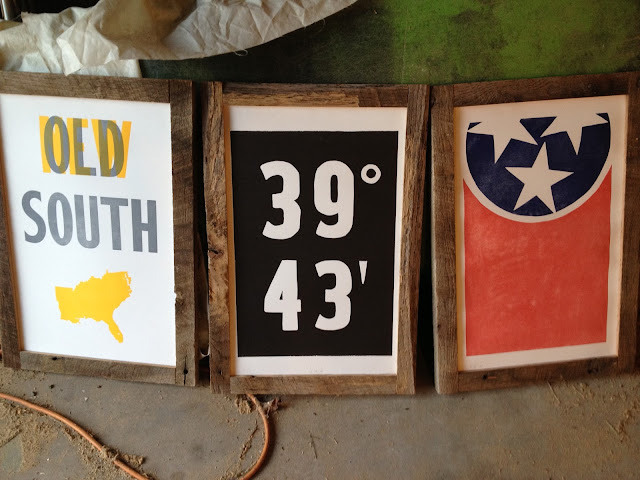 I personally love that bark still on the side of the Grand Old Party. 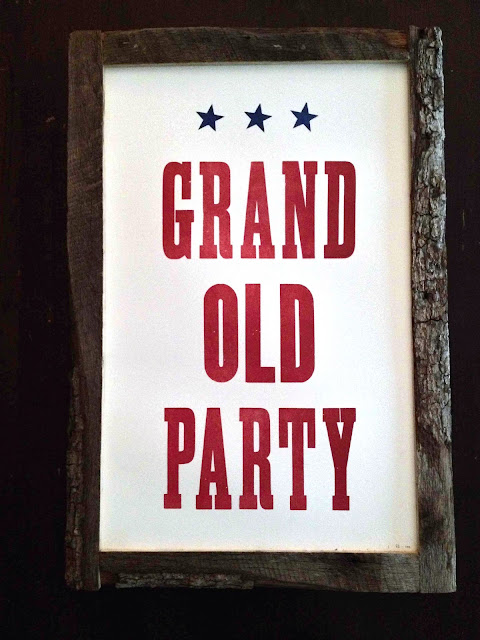