Home / Old Try / A stable for our horses. 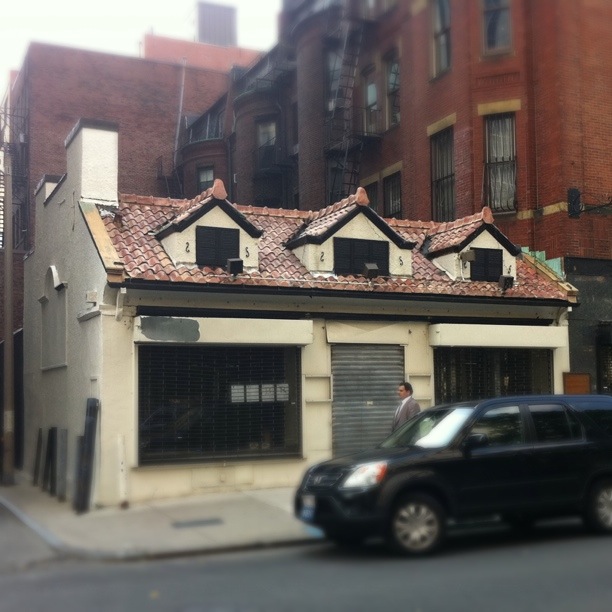 We are about 0% towards being anyplace close to being able to even then discuss opening a retail outlet.

But, were we to dream, we'd dream of this place.

It's at 220 Clarendon St, in Boston, right by Copley. And it was a former horse stable back in the day (which appears to have been thousands of years ago). And then, in happier times before the Fall, it was a men's clothing store that was digested by the recession which got rid of a number of Boston's men who could afford to shop there. And I hear that in fifteen minutes it's going to be a chocolate shop.

But in the meantime, it's in my head as a lovely place to smoke a pipe, tell a yarn, and stock some prints.