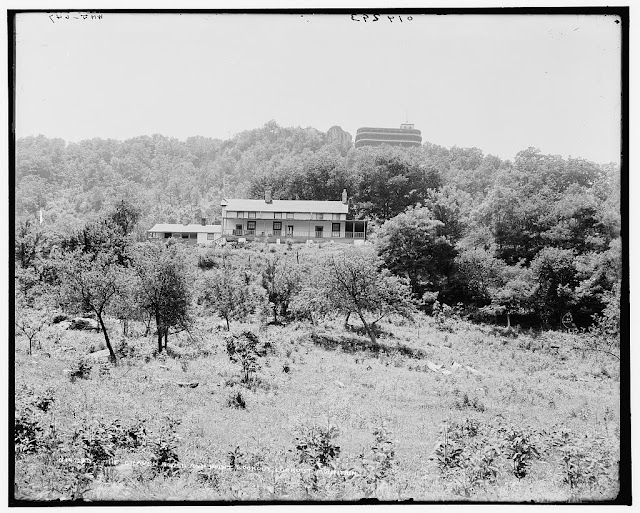 I'm doing some Chattanooga research for an upcoming show we've got planned in the Scenic City at the end of August. Which means we will be making a print. A print about what, I'm not sure. Hopefully if there's a train in it she will be the best damn train you've ever seen. Probably won't be, so we'll be avoiding trains. 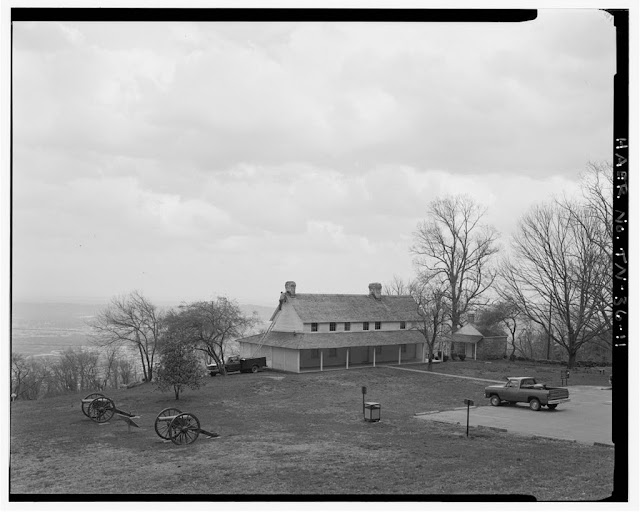 Came upon the name Robert Cravens. He was an ironmaster. And a man, like myself, who liked a view. So, about halfway up Lookout Mountain, in 1855, he built his house on a rock outcropping. The house got pretty beat up during the Battle Above the Clouds. But she made a comeback, and today is there, just glistening on the side of the mountain. 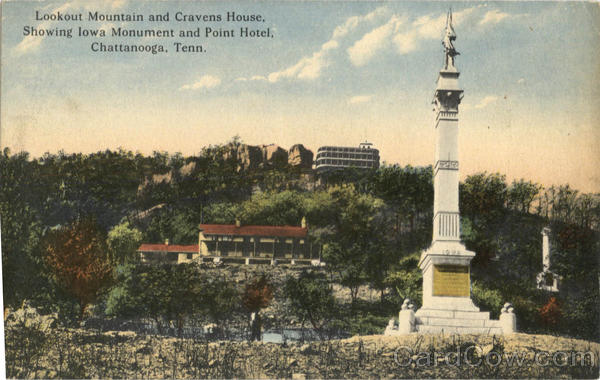 And if someone would be willing to rent it to Old Try, why, we'd move to Chattanooga in a heartbeat. And invite all y'all up to share in the view. 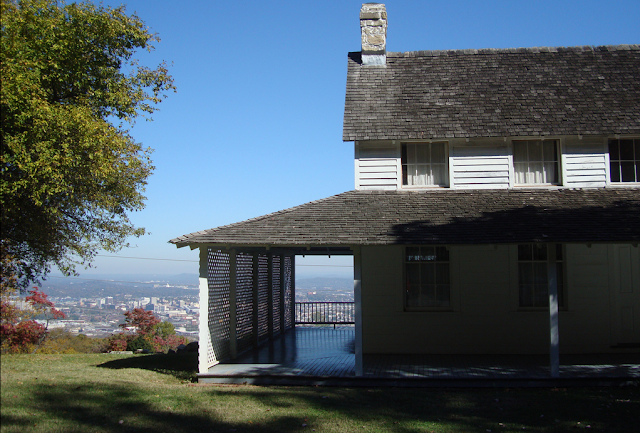